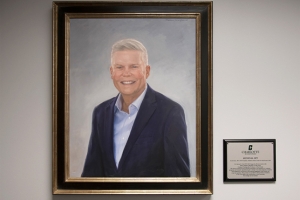 “Steve touched so many lives at the college and in the Charlotte business community,” said Belk College Dean Jennifer Troyer. “He was passionate about the way that education can shape lives. So, it’s fitting that his legacy will continue through the Steve Ott Scholarship.”

Following Ott’s death in February 2021, more than 130 donors have contributed over $100,000 for the Steven Ott Scholarship, which will be awarded for the first time this fall to two first-generation Belk College students.

Ott, who was a first-generation college student himself, took a special interest in the success of first-gen students, Troyer said.

In January, UNC Charlotte announced the establishment of the Steven Ott Distinguished Professorship.

The professorship will help the Belk College recruit a nationally recognized teacher and scholar in the area of real estate to complement and provide depth to existing faculty expertise within the Childress Klein Center for Real Estate (CKCRE), the center Ott founded, Troyer said.

More than $1.3 million in gifts and pledges from donors, corporate partners and friends of the center has been received to endow the professorship.

Due to the ongoing pandemic, plans for a memorial service were put on hold twice. However, the outpouring of support continued through the college’s social media and messages to the family that were submitted through an online form.

In March, the Belk College installed a portrait of Ott in the dean’s suite of the Friday Building.

The portrait, commissioned by the college, was created by Stephen Craighead, a Virginia-based artist who has painted portraits for the Pentagon, the U.S. Congress, for federal and state courthouses and for numerous universities.

Ott began his 20-year career at the Belk College of Business in 1999 as the Crosland Distinguished Professor of Real Estate.

His tenure as dean, from 2011-19, was a time of growing student enrollment, expansion of academic programs and research, and growing engagement with alumni and corporate partners. During his tenure, the college received seven gifts of $1 million or more, expanding scholarships, faculty research, programs, resources for students and community outreach.

All gifts to the Steven Ott Scholarship and the Steven Ott Distinguished Professorship will be used to honor the legacy that Ott created in the Belk College. To learn more about how you can invest in Dr. Steven Ott’s memory, please email Meagan Conley, senior director of development, or call 704-687-0277.

About the Belk College of Business
Established in 1970, UNC Charlotte’s Belk College of Business is one of the Carolinas’ largest business schools, with more than 5,100 students, more than 100 full-time faculty, and an alumni network of more than 34,000. Accredited by AACSB International, the college is committed to building strong partnerships in the greater Charlotte region and beyond as North Carolina's urban research business school. Learn more about how the Belk College is driving what’s next at belkcollege.charlotte.edu, and on LinkedIn, Facebook, Twitter and Instagram. 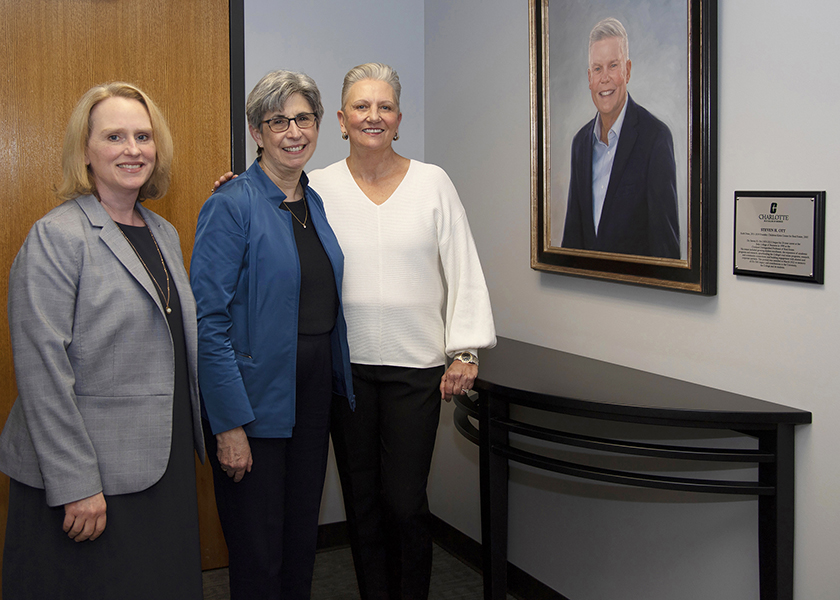